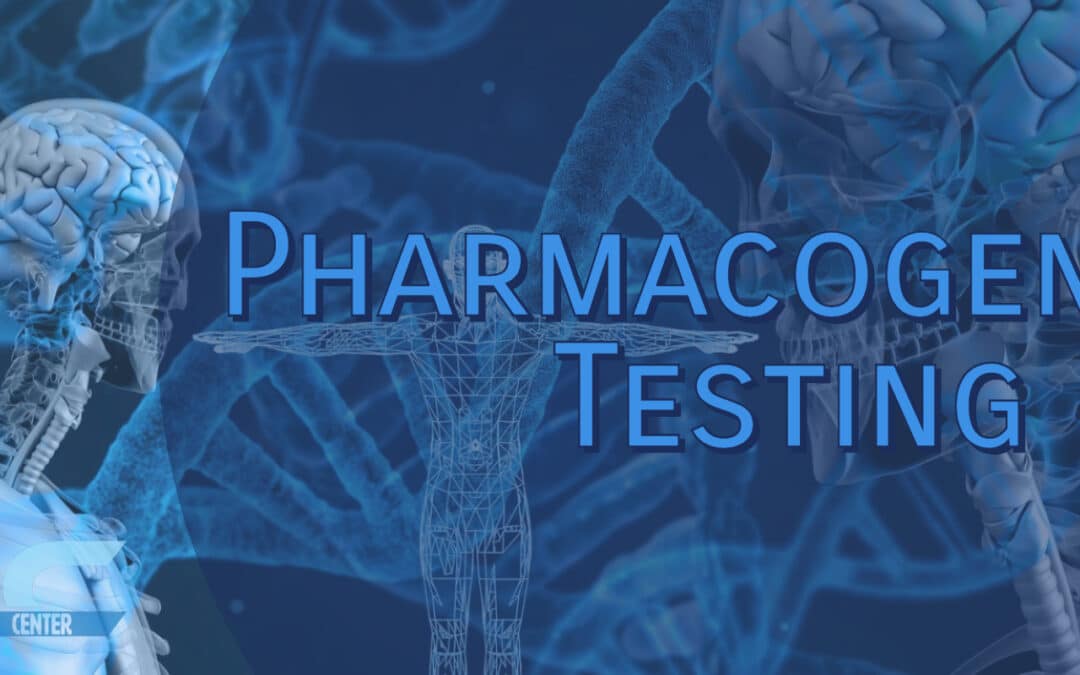 Pharmacogenetic testing (also referred to as pharmacogenomic testing or medication response test) is being used in the field of psychiatry to help in the decision-making process of selecting medication treatments. Results from two recent studies indicated that “personalized medicine” did significantly improve response and remission rates for difficult-to-treat depression patients over the standard-of-care. The studies also showed that the patients taking incongruent medications* at baseline (start of the studies) had their side effect significantly reduced when they were switched to congruent medications.

Science Behind the Testing:

Genes are expressed into RNA and transcribed into proteins that interact with psychotropic drugs. The cytochrome P450 (CYP) enzyme system is a protein superfamily involved in the synthesis and metabolism of drugs, toxins, and normal cellular components. The growing number of genetic testing companies analyze the genes that code for specific CYP enzymes to determine a patient’s ability to tolerate or respond to medications cleared by the P450 system. However, numerous environmental and other factors also influence the extent to which particular genes interact. Genetic testing does not assess the combined, interactive effects of genetic, epigenetic, and environmental factors.

The genetic testing is not designed to guide doctors to the perfect medications but mainly helps them move away from drugs that have a high potential to cause side effects. The ideal patient to have the pharmacogenomic testing would be an individual who has tried and failed at least 2 different medications of different classes (based on the drug’s mechanism of action). Pharmacogenetic testing does not have clinical utility when used on stable patients. 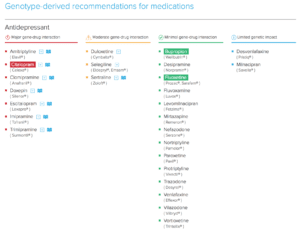 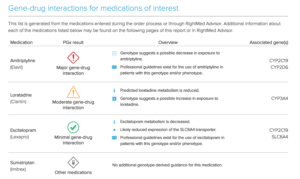 *Medications found to be in the “use with increased caution and more frequent monitoring” category.